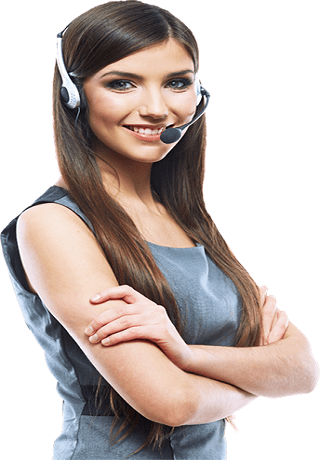 What is DoT OSP License?

The telecommunications and other similar industries have a major impact on the everyday lives of the, the impact is now far deeper than just the introduction of the telephone and starting of the modern world. The telecommunication industry has had impacted the current engine of growth and is now driving the engine of growth for the modern world. It has been constantly on the driving front so much so that the it has become a major tool for the socio-economic development and a holistic development of the nation. In a nutshell, the telecom industry has been recognized synonymous with the terms modern and development. It has been running and is constantly bringing changes in the modern world.

Now, in the Indian constitution as per the Indian Telegraph Act, 1885 and the Indian Wireless Telegraphy Act, 1933 the Central Government has the only and exclusive right to establish, maintain the working telegraph and wireless telegraphy equipment and has the authority to grant the licenses for such activities.

The functions of Dot are following: 1. licensing and regulation 2. To have international co-operation in matters connected with telecommunications 3. To promote private investment in the Indian Telecommunication sector. 4. To promote standardization, research and the development of the telecommunications The Indian Telegraph Act gives the power to the Indian National Government to take control and of all the wireless lines that have bene there and also empower them to have the control over the lines that are to be developed in future.

The Act further empowers them to have the control over the infrastructure and all the telecom licenses that are to be issued in all the places located within the boundary of the India. It also gives them right regarding any dispute in this matter too.

DoT (Department of Telecommunication) OSP registration is required by those vendors who are engaged in teleservices business such as tele-trading, tele e-commerce, tele-education, telebanking or ITES. DoT license for call centre, BPO allows them to operate these activities by accessing the infrastructure of non-telecom service providers. DoT license was introduced by Department of Telecommunication under New Telecom Policy (NTP) 1999 to regulate the registration of call centres (international/ national) but later it was made mandatory for more BPO services such as network operation centres, vehicle tracking systems.The complete DoT OSP registration procedure is regulated by the Telecom enforcement, resource and monitoring (TERM) cells as per the location of the OSP business location.

To apply for the DoT OSP license, the business is required to be a Private Limited Company. So before applying for OSP registration, the applicant requires to register a Pvt Ltd company. Here is the list of important document required to obtain OSP license.

The OSP License covers the following service providers in India. Here is the list of all type of OSPs which are required to apply for DoT OSP license.

OSP license is issued for a period of 20 years if Pvt. Ltd. Company compiled with the required rules and regulations. They have to file annual return mentioning the details of activities carried out and the present state of the business.

Infrastructure Provider Category- I (IP- I)

The Infrastructure Providers Category-I (IP 1) License is granted to those service providers which provide assets such as Dark Fibre, Right of Way, Duct space and Tower. This DoT OSP license was introduced to private service providers with effect from 13.08.2000. All registered Indian companies are eligible to apply for IP 1 license. The applicant company is required to pay Rs. 5000/- as processing fee along with the application.

An Infrastructure Provider (IP) - II license is compulsory for companies who want to lease/rent out /sell end to end bandwidth. This OSP license was introduced to the private sector with effect from 13.08.2000. All Indian registered companies were eligible to apply. The applicant company was required to pay Rs. 10,000/- as processing fee along with the application. Along with it, a Performance Bank Guarantees of Rs. 1000 Million was required to be submitted before signing the license agreement. Note: (Issuance of IP-II Licence has been discontinued w.e.f. 14.12.2005)