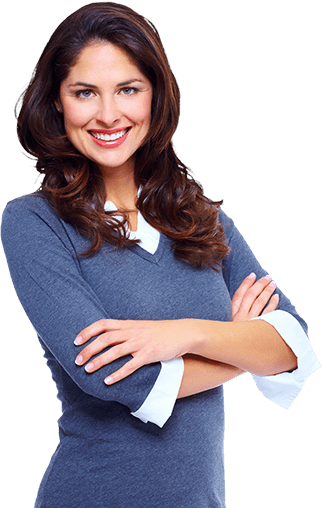 It has been growing in popularity and has become so popular that even the newly form groups social are getting registered as section 8 company rather than NGOs or trusts. We see that section 8 companies have become popular and are continuously on the rise in the market. These websites have sole purpose of satisfying the societal objectives for which they stand for.

The definition of the section 8 company is a rather complicated one , it states that a section 8 company is the one which is established for the promotion of the commerce, arts, sports, education, research, social welfare, charity, protection of environment or any other activity of the similar kind given that the income thus generate dis utilized for the purpose of promoting the objects of the company and no dividend is paid to the members of the company.

Thus, we can say that section 8 company is registered under the Companies Act 2013 for charitable purposes or for non-profit- purposes.

The major disadvantage of the section 8 company is that no matter how much does a company earn, it still would not be able to distribute the profits in any form or in any way possible they are strictly prohibited from using even a single penny from the profit for their own purposes. This is the major reason why people still form the NGOs and trusts.

Section 8 Company are those businesses which are registered under section 8 of the Companies Act, 2013, which is established 'for promoting commerce, art, science, sports, education, research, social welfare, religion, charity, protection of environment or any such other object', any other income is utilized for promoting the objects of the company only and no dividend is paid to its members. In other words, Section 8 Company Registration is done under the Companies Act, 2013 for charitable or not-for-profit purposes.A Section 8 company is registered under the central government (MCA) and others trust and society are registered under the state government. Incorporation of Section 8 company has many advantages as compared to trust and societies as they have higher credibility amongst donors, government departments and other stakeholders.

Q1. What is an Indian Subsidiary?

Ans. An Indian subsidiary is defined as the one where the shares of the company are in part owned by another company. It is established by those foreign entrepreneurs who do not want to go through the process of establishing the foreign unit but instead are looking for a hassle-free investment scheme.

Q2. What are the documents required to establish an Indian Subsidiary?

Ans. The documents required for the registration of an Indian Subsidiary are: 1. Photo id proof 2. Parent company seal 3. Address proof of business premises 4. Written and signed consent to establish the Indian subsidiary 5. PAN and passport

Q3. Who is eligible to make investment in India as an Indian subsidiary?

Ans. Any company, entity, organization or any other firm can invest in Indian subcontinent in the form of Indian subsidiary.

Q4. Can an individual invest in the foreign subsidy?

Ans. Yes, an Indian citizen can also invest in a foreign subsidy.

Q5. What are the benefits of investing as an Indian Subsidiary?

Ans. There are numerous advantages in investing as an Indian Subsidiary: 1. Easy investment 2. FDI inflows 3. Increase in brand value

Q6. What are the disadvantages of an Indian Subsidiary?

Ans. There are numerous disadvantages of an Indian subsidiary: 1. Limited control 2. Time consuming 3. Too much legal paperwork

Q7. Can investment be made in any firm by foreign entities?

Ans. Yes, investment can be made in any firm or business by foreign entities

Q8. Does RBI (Reserve Bank of India) monitors this investment?

Ans. Yes, the RBI does monitor the investments done to establish an Indian subsidiary because it comes under the FDI (Foreign Direct Investment) in the Indian subcontinent.

Q9. Is it advisable to invest as a subsidiary?

Ans. Yes, it is advisable to get converted into a subsidiary because subsidiaries are established by large MNCs which have huge brand value and are leaders in their field.

Q10. How much investment can be done in an Indian firm by a foreign entity?

Ans. At present, the restriction is limited to power projects such as nuclear energy or the projects which are of national security.